Best Mobile Games To Watch Out For This 2021 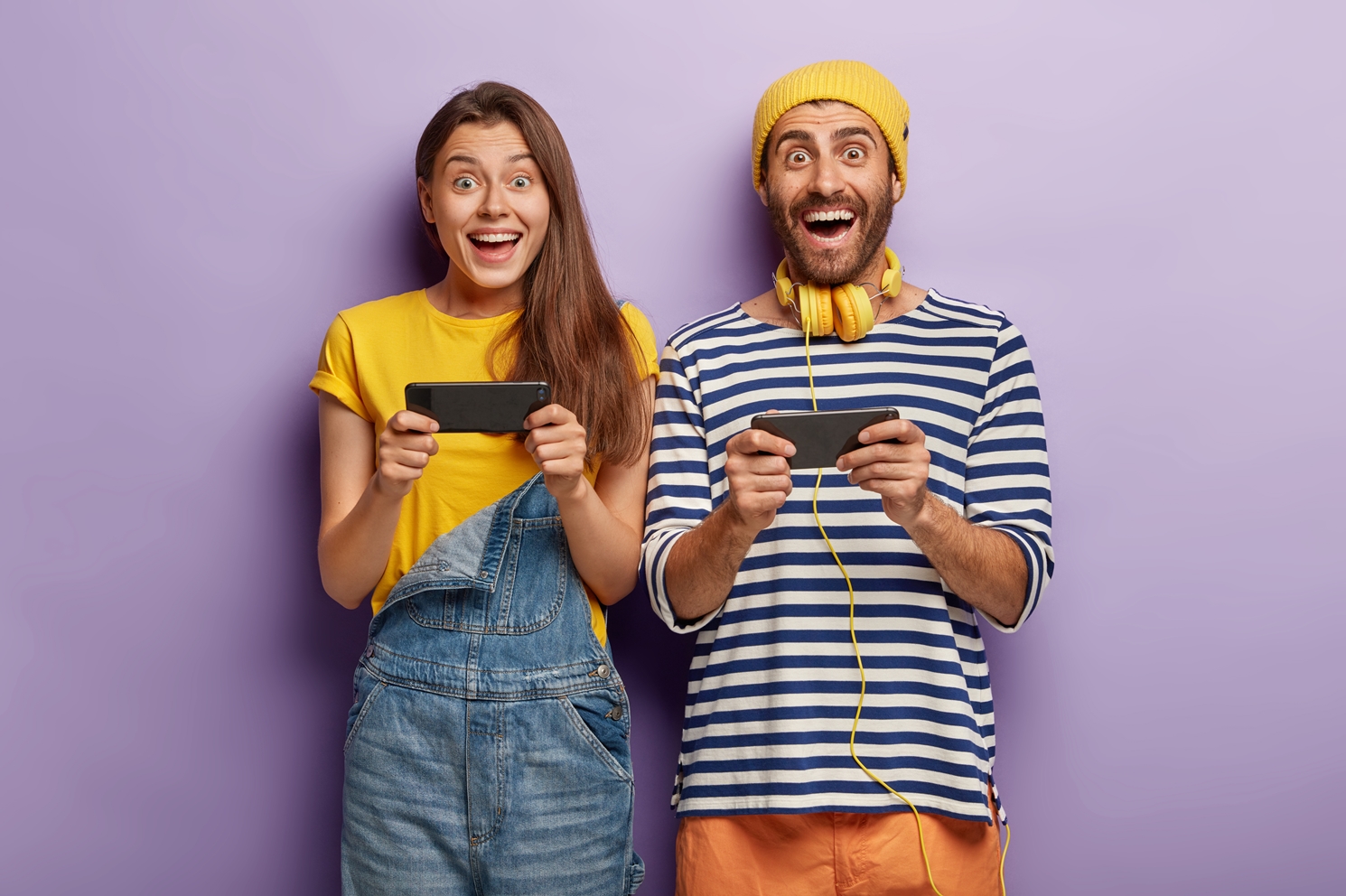 Mobile games have become a great companion by many, whether it's to kill time, de-stress, or keep us distracted from our usual, mundane tasks. Because of the pandemic, it seems like stress and/or anxiety has become that constant visitor for most of us. And now that staying home and avoiding social gatherings have become crucial for everyone's safety, the popularity of online mobile games has spiked.

It's one of the best ways to stay sane during isolation. One of the advantages of playing mobile games at a time like this is that apart from being low-cost and convenient with games like Among Us, it has also become an excellent avenue for people to stay connected with friends and meet new people.

2021 is set to be an exciting year for mobile game enthusiasts with the new releases and updates they can get their hands on. With more and more video game companies and brands making titles available on smartphone devices, it's no surprise that playing mobile games is the future of gaming. Scroll along and find out some of the best mobile games to watch out for this year!

Chaotic Era is developer Bobby's latest sci-fi strategy game. The first teaser was released last February, leaving many curious and excited because of its amazing '80s sci-fi-themed visuals. According to the website, the game is a space-based RTS, and it's about a lone evacuation ship that got hurtled out into space, thousands of lightyears off course. Awoken from hibernation, the humans onboard reactivated their AI navigation system and must now try to stay alive and expand civilization. With a great story, setup, and theme, Chaotic Era is set to be one of the best mobile strategy games this year.

Chaotic Era will be available to Apple IOS devices.

Ready your mobile for a thrilling one-touch, mobile-friendly racing game, Project Cars Go. Test your racing skills and take 50 licensed cars for a spin on 12 unique tracks. It's the developer, Slightly Mad's Studio's, way of simplifying their console games while maintaining the game's realistic graphics. The one-touch feature allows players to drive with ease so they can play the game on-the-go.

Compete worldwide and race famous circuits on your desired mode, collect world-famous, elite-brand cars, and customize them to make them more personal.

Project Cars Go will be available to Apple IOS and Android devices.

Fight monsters and creatures when you play The Witcher Monster Slayer, an immersive, augmented-reality mobile game similar to Pokemon GO. The game allows you to experience the world of witchers and slay monsters you'll encounter in different locations around the globe. See the world as you know transform into a monster-infested place and become a professional monster slayer as you hunt each and every one of them.

Fight life-size monsters, train your character, and prepare the necessary equipment for the battles that await you, and enjoy story-driven quests that are inspired by the Witcher series.

Whatever game you choose, make sure you have a reliable mobile plan! Find the best plan for you here at CompareBear!

One of the most popular upcoming mobile games this year is EA's Plants vs. Zombies 3, the latest installment in the well-known defense series. Aside from the original plant and zombie characters, there will be some new ones for your backyard. Just like in the previous installments, you have to defend your town in a lane-based tower defense combat as you face new zombies.

You'll be able to connect with friends and other players where you can share seeds, compete for exciting prizes, and share game strategies, and more.

Plants vs. Zombies 3 will be available to Apple IOS and Android devices.

This RPG game from Square Enix, publisher of award-winning triple-A game NieR: Automata, is something to look forward to. Compared to NieR: Automata, NieR Re[in]carnation will be story-heavy, focusing on a white-haired girl's adventures with the company of a floating creature called Mama.

It's the first mobile game of the NieR series. Players are led by Mama in a world called The Cage, and their mission is to collect pieces of "weapon's memories." What makes this game even more fun is that you only have limited information about The Cage and Mama, and more details about them will only be revealed as you progress in the game.

NieR Re[in]carnation will be available to Apple IOS and Android devices.

Crash Bandicoot: On the Run

The series you know and love is now a mobile game! The popular game publisher, King, is giving the nod to the 90s with its latest game featuring Bandicoot. The mechanics are pretty simple, with the game challenging you to slide, jump, and sprint as you overcome different obstacles and levels that get harder and trickier as you go on.

Crash Bandicoot: On the Run will be available to Apple IOS and Android devices.

There's a new PUBG battle royale coming to your mobile phones soon! PUBG: New State, developed by PUBG Studios, is set in 2051, so players can expect a lot of changes since the original PUBG Mobile. There will be a new map called TROI, new vehicles, equipment, and weapons, and of course, bigger areas to discover and explore. That said, expect the usual gunfights and vehicular chases, but more high-tech and futuristic than the current one.

PUBG: New State will be available to Apple IOS and Android devices.

A fast and reliable internet is a must when playing mobile games. Make sure you have the best plan for your needs with our comparison tool!