Go Crazy With The Coolest VR Games To Try This Year 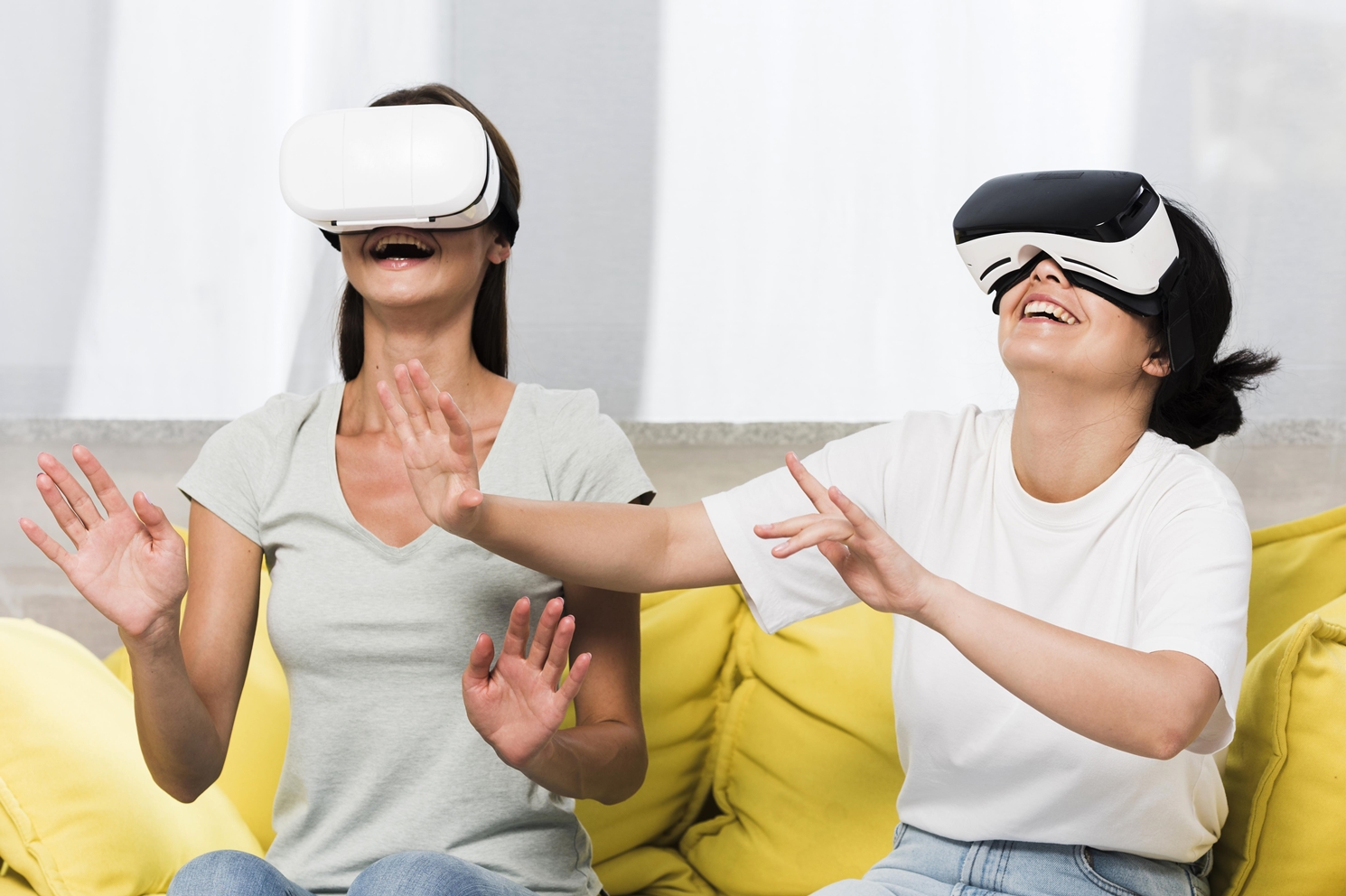 Virtual games have been around for years now, and with that comes the evolution of virtual reality (VR) technology, which has become more popular over the past few years. That includes VR games that provide immersive gaming experience to gamers and enthusiasts. Now that most are spending more time at home to follow COVID-19 protocols, it's also not surprising that people are looking for creative ways to socialize and bond with friends and family. From Zoom parties to online virtual games to play with friends, there are plenty of ways to cope with the pandemic.

What is virtual reality gaming?

Virtual reality gaming is basically computer games with VR technology that gives players an immersive, first-perspective game action. In short, you feel like you're actually in the game whenever you're playing through different VR gaming devices and accessories such as hand-controllers, VR headsets, and more.

If you're one of those people on the lookout for the best VR games to play or try with your friends but don't know where to start, here are some virtual reality games worth considering!

Half + Half is a game with five virtual multiplayer spaces where you can connect and play with your friends and total strangers online. Players take the form of a blobby avatar, and each location has impressive graphics and soothing, pastel colors. It allows you to do fun and exciting activities like swim in the ocean with your friends, hide-and-seek where hiders are 2 inches tall, and seekers are as tall as a building, play human Tetris or gliding.

It's a game that's fit for all ages, with a safe space that gives you a chance to meet new people, making it a great option to catch up and bond with your friends, especially on a stressful week. The airy lobby where the game begins has six color-coded doors, each of which represents the location. While you can speak to other players at an only private-party, communicating with other avatars has to be through body languages such as jumping and dancing, which is encouraged, making the game a lot more fun. In fact, looking silly is one of the main game's objectives, much similar to the classic game Twister.

Show your competitive side and enjoy a thrilling game with your friends when you play this fast-paced 5vs5 VR multiplayer shooter. Hyper Dash is all about speed and your ability to move fast and avoid your opponents in the middle of chaos. It consists of different game modes such as the FPS classics and different movements like teleporting, dashing, and more to get you going on intense battles.

Test your cooking skills with friends! Cook-Out: A Sandwich Tale is an adventure set in a fairytale forest. Up to four players must team up and work together to keep the cook's cabin running and fulfill orders for hungry, enchanted creatures before running out of time. Things get more hectic as you progress with a couple of troublemakers you need to fight on top of preparing meals. It's a great way to improve your collaborative skills and ability to work under pressure.

Face your fears when you play a post-apocalyptic game that starts with you and your team (up to 3 players) getting dropped in the middle of Grand Canyon state to kill and survive a zombie outbreak. Navigate your way through the desert, canyons, and mines with motion-controlled weapons as you search for other survivors.

Pretend to be your favorite tennis legends like Roger Federer and Serena Williams with a Table Tennis simulator! Eleven Table Tennis lets you play opponents in online multiplayer and practice or hone your skills as you play against the advanced AI. The developer's goal is to be one of the most realistic table tennis simulations. There's even a website dedicated to the game's leaderboard if you really want to get competitive!

Team up with your friends or other players and enter the Echo Arena to fight against AI or opposing Echo Units of battle-tested robots! Test your leadership skills as you strategize and lead your team to triumph.

Take playing tabletop games on a new level with Tabletop Simulator. It's a compilation title that allows players to classic and new board games and card games like Chess, Poker, Mahjong, and more or simply pick from thousands of mods created by the community. The possibilities are endless because you can also make your very own online board games! The latest update includes a "virtual hand" so each player has an in-game hand for an even more realistic game. You can even flip the table when you lose the game!

Avoid game interruption with reliable and fast internet! Make sure you have the best plan for your needs with our comparison tool!