The Dangers Of Black Ice When Driving In The Winter 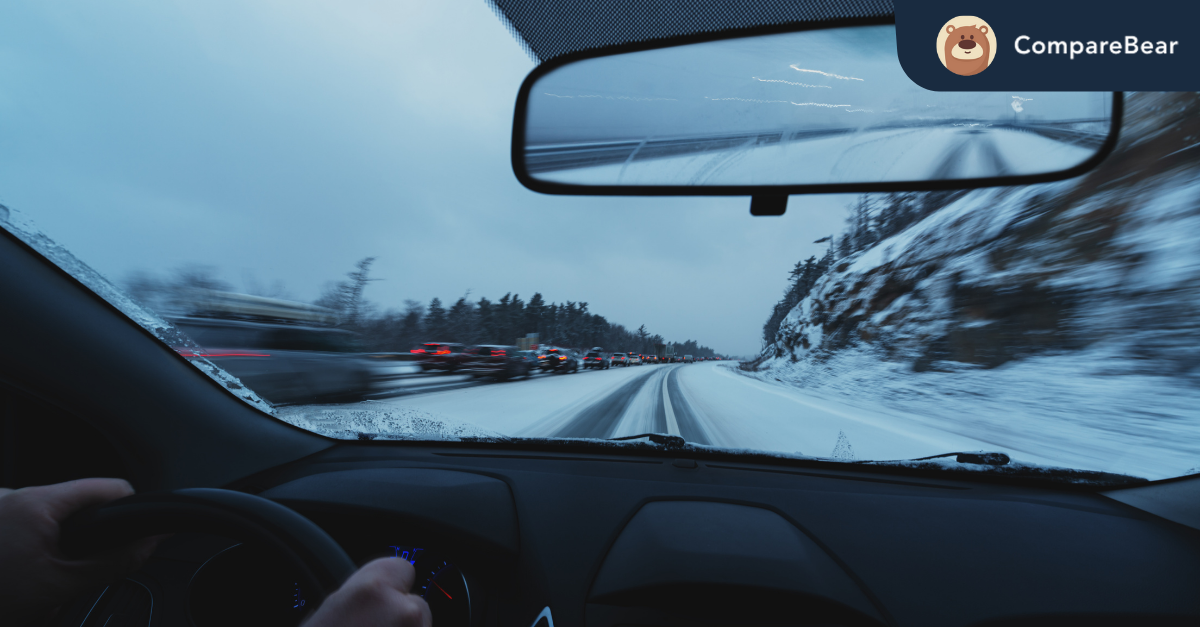 Winter driving poses its own share of difficulties and challenges compared to most other seasons. You’ll need to consider that certain parts of your vehicle may not be as responsive as before when you were using them during clear weather conditions.

Snow and ice add certain hazards out on the road which increases the likelihood of a driving slip-up leading to an accident. One particular issue many motorists face in winter driving conditions is black ice.

What is Black Ice?

Black ice is a thin coat of very transparent ice that builds up on the road. It blends in with the road pavements, making it near impossible to see. Black ice usually forms when rising temperatures or precipitation leaves a layer of water on the road surface. It freezes when temperatures drop below freezing point, all while the road is still wet.

Most of the time, black ice forms on bridges and overpasses, due to the cold air flowing underneath the road surface. It also affects these elevated places more due to the lower pavement temperatures. Black ice also has a tendency to form around shaded spots since the lack of sunlight reduces their overall temperature during the day, making it more likely for moisture to remain.

What makes Black Ice so dangerous?

Since black ice is transparent, it’s very hard to spot it down the road. Add to that the difficult winter driving conditions in general, and you could have a potential recipe for disaster. Roads become very slippery while visibility gets reduced. Vehicles are now more susceptible to slipping and careening off the road.

It’s not just limited to difficulties during the actual winter seasons, either. You could be fooled into a false sense of security during early spring too, when the air feels warmer all around. The ground retains colder temperatures much better than the air, so it’s still possible for ice to form during the late winter or early spring seasons. You might be surprised that a patch of road that may look wet or even normal at a glance is actually quite icy.

The source of the black ice isn’t immediately obvious at a glance as well. While rain and condensation are the most common causes, black ice can also form from dripping rooftop snow gradually melting, as well as the condensation from an automobile’s exhaust, which could easily lead to possible black ice buildup on parking lots. Likewise, dew and fog can also cause ice formation, which is hard to see.

What happens if I accidentally hit Black Ice

Out on the road, your car really is only capable of doing three things: accelerate, steer, and brake. Due to this, most of the principles of winter driving conditions still apply. The main problem is that many drivers panic, which can easily get out of hand. Understand that black ice patches don’t stretch on indefinitely. They have a clear beginning and an end, usually a few metres long.

Avoid fighting your way back. Once you’re on the black ice, your car has no grip or friction that it can rely on to reorient itself, which is already a problem when driving on regular snow. Avoid your instinct to skid your car as sudden movements are not recommended with such a slippery surface. Know where the wheels are pointing at first, which will be important later on when your grip comes back.

Drive at an appropriate speed while making very slight adjustments and movements on the wheel. You may even steer slightly into the skid if it’s necessary. Just avoid any big, sudden movements that could drastically change the trajectory of your car. Keep at it until you get clear of the ice and the car’s grip on the road comes back. Avoid suddenly braking as doing so might cause you to skid badly.

You can also try spotting some areas that have remaining traction such as textured patches, sandy spots, and even a few areas with some snow. You may be able to gently steer your car into that area in order to gain some traction for your vehicle. Try shifting into a lower gear while driving, as a lower gear could give you greater control over your vehicle.

Should you completely end up going off the road, try to at least steer the car into things that will cause the minimum amount of damage such as an empty field, a snowbank, or things with softer surfaces. Of course, you may not necessarily have any choice in the matter but trying can at least help alleviate the costs of repairs later on.

Once you get off the ice, you can pull over at a safe spot and recompose yourself. The initial incident may cause a bit of panic which can make things worse. It will also give road crews a chance to salt or ice the roads, as well as deal with any other accidents that may have occurred in the area.

There’s no guaranteed way to avoid black ice altogether. However, you can make preparations in order to mitigate the effects on your driving and vehicle:

Stay calm, don’t panic, and take the proper precautions prior to heading out in the ice and snow. These tips can help you and your vehicle stay safe even in the toughest winter driving conditions.