The New Google Pixel 6 and Pixel 6 Pro: Is It Time To Switch To Android? 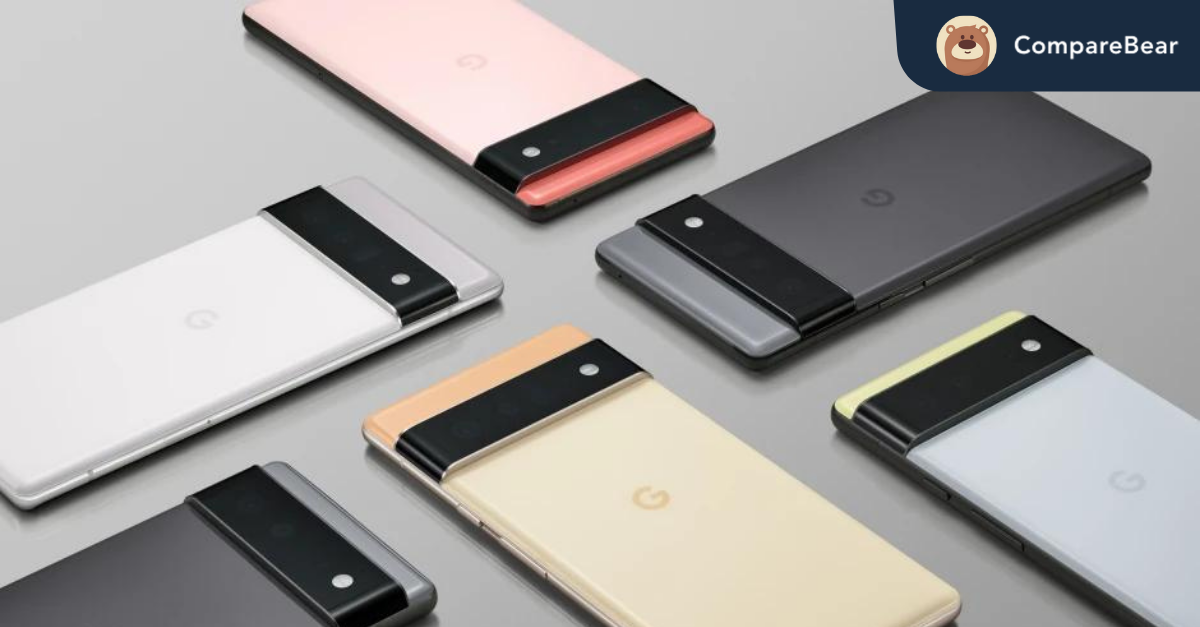 Google has finally unveiled its newest flagship lineup, the Pixel 6 and Pixel 6 Pro last Monday, August 2nd. After months of endless rumours within the community, the tech giant has teased their all-new design and colours for this lineup.

However, the real deal is their new 5G processor, which is developed and produced by the search engine company!

The tech company is releasing its very own chip named Tensor. This is set to end Google’s reliance on Qualcomm Snapdragon’s chipsets — just like most Android manufacturers. This new processor is a major change from Google, especially as they’re better known for their software products like the Android operating system and apps like Mail, Calendar, Drive, Maps, Assistant, YouTube, and many more.

With the new chipset under the hood of Google Pixel 6 and Pixel 6 Pro, it now goes against Apple’s Bionic and Samsung’s Exynos processors. But, how does Google’s Tensor fare against what Apple and Samsung are cooking? And how do the new Pixel phones fare against the best flagship phones from major competitors?

As mentioned, Google has been working with Qualcomm to power its smartphones. While this isn’t something that degrades the performance of their phones, this may limit how they can optimise your experience. With the launch of Tensor, it means that Google has every single control over how they want their chips to perform.

While the tech giant is yet to release the specs of Tensor, it should perform as efficiently as other native processors. After all, Google will have all the control that they can ever have in a smartphone — from software to hardware — to optimise its smartphones to the fullest.

Why is processor optimisation so important?

Powering smartphones with the processor from the same company means getting a more optimised experience. Google, Samsung, and Huawei are doing this to maximise their features, battery life, camera performance, security, and more.

When it comes to Samsung’s Exynos, it maximises all the crazy hardware and features of its cameras. For example, software optimisation is what enables the out-of-this-world 100x zoom and stable shooting capability. It also allows for their countless features such as portrait mode, slow motion, live video, night mode, and hyperlapse.

How can this improve Pixel 6 and Pixel 6 Pro’s performance?

Google’s Tensor chip enables a wide variety of AI features including more innovative computational photography for low light shots. Called Night Sight mode, this enables pitch dark shooting of the night sky. It also allows for a more conversational AI Duplex that copies human speech, even with the nuances like the “uhms and ahs.”

With a more optimised experience, it should deliver these AI tasks without overheating or eating a huge chunk of your battery. Aside from all the AI stuff, this should also result in better RAM and memory management, which are especially useful when gaming. Through continuous support and software updates, it should also eliminate bugs and glitches in real-life usage.

Read: Compare: The Best Gaming Phones In The Market

When did Google start developing Tensor?

As with any business, having more control over the user’s experience means more revenue. That’s what Apple and Samsung have been doing for years. With Huawei’s ban on using Google services, it’s what they’ve been doing to keep up as well. The tech giant is fully aware of this, so it's been developing a mobile processor for quite some time under the code name Project Whitechapel.

While they’ve not revealed specific details, what’s known is that it’s a 5-nanometer chipset, developed in collaboration with Samsung. It maximises Google’s open-source machine platform, TensorFlow, which is incorporated into an ARM chip through Tensor Processing Unit.

The Pixel 6 lineup is the first of Google’s smartphones to sport Tensor. The phones are set to release around October 2021 — just in time for Techtember, as dubbed in the tech community.

Besides Tensor, what’s new with the new Pixel 6 lineup?

Google is very secretive on the full specs and even on the camera performance of its new smartphones. What’s certain is that they will have the new Android 12. According to beta testing, it should be more secure with features such as a privacy dashboard, approximate location, and microphone and camera indicators.

The design is one of the biggest changes with Pixel 6 and Pixel 6 Pro. They’ve now ditched the square vertical camera bump at the top left corner of the phone. Instead, they opted for a horizontal camera bump that goes across the upper back of the phone. This is very reminiscent of their old phones such as the Nexus 6.

For their camera sensors, both phones will house both a main and ultrawide camera. Pixel 6 Pro will have an additional telephoto lens with 4x optical zoom. These sensors take in 150% more light compared to their predecessor. For the megapixel count, Google hasn’t announced a specific number yet.

Google Pixel 6 has a 6.4-inch display and comes in fun pastel shades in green and blue, pink and red, and black. On the other hand, Google Pixel 6 Pro has a larger 6.7-inch display and comes in more neutral shades of black, white, and gold. Both phones house their selfie camera in a single hole punch placed in the upper middle of the front display.

Besides this information, the release date, full specs, and prices aren't confirmed yet.

Read: Best Smartphones For Every Budget And Use (As Of May 2021)

Wrapping up: Is it time to fully switch to Android?

If you’ve been wanting a change of user experience away from iOS, switch to Android! Even without using Google’s own processor, the operating system has been getting better and better each year. Plus, you don’t even have to choose Pixel phones! Smartphones from other known manufacturers such as Samsung, Xiaomi, OnePlus, Oppo, and Vivo are great buys.

It’s only natural for Android to keep getting better and better as 9 out of 10 smartphones shipped worldwide run on the operating system.

Of course, there are still plenty of limitations and things to improve with Android. The same is also true with iOS. However, these restrictions should be improved — at least even for a little bit — with the launch of Tensor in the new Pixel phones.

Pair your Android with a mobile plan that matches your needs. Compare the best unlimited mobile data plans in New Zealand, right here in CompareBear.