Is Keeping Your Monthly Power Bill Really That Important? 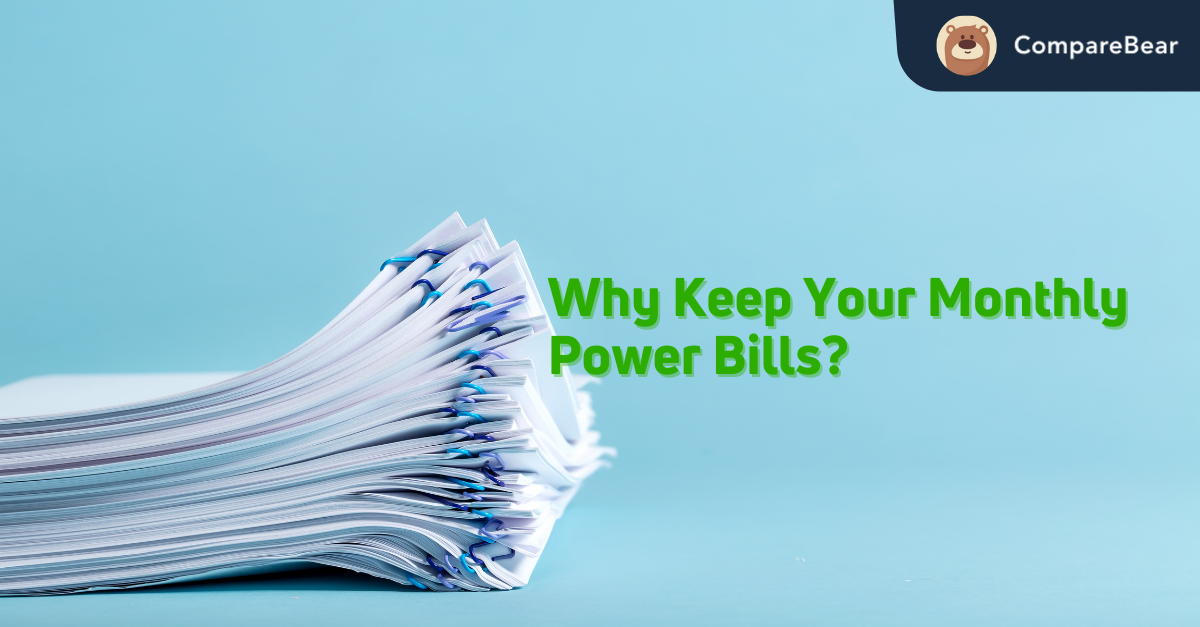 Keeping your monthly bills help you break down your consumption, as well as other associated fees with your power. This helps you budget your finances more comprehensively in the future. This should also let you know which fees to avoid next time.

Besides keeping your finances in check, it also tells you whether your plan gives you the most value for money. This should give you insight into whether the fees to improve your power is justified or reflected in the real world. Most of all, this should give you an idea about what you really need if you’re switching to another power deal in the future.

What should be included in your power bill?

The thing that makes a piece of paper very important is its contents. So, what exactly should be included in your monthly power bill? Check out this quick rundown of what makes up your power bill according to the Electricity Authority (EA).

Your monthly billing charges should also include a fee to the EA. This helps fund the Authority in their job to regulate the electricity industry in New Zealand. They ensure that energy retailers follow the standard and give you quality power.

What are daily and variable charges in your billing?

When you receive your billing, the charges are usually either daily or variable costs. Daily costs — also known as fixed charges — are charged at a fixed rate each day regardless of how much energy you consume. This is reflected in your billing in cents or dollars per day.

On the other hand, variable charges are the cost of your power consumption. This is measured by the kilowatt-hours that you consumed. It’s calculated by the rate that you and the retailer have agreed upon. In simpler words, this depends on how your monthly energy consumption is.

What is the average power bill in New Zealand?

According to the data released by the Ministry of Business, Innovation, and Employment, power bills are at its lowest in 2020 in over 10 years. However, this isn’t because power has become more affordable. It’s due to New Zealanders consuming less energy.

The average Kiwi household paid at least $2,067 in the year leading to March 2020. Compared to the same period in 2015, this is $156 cheaper, with the price adjusted for inflation. On the contrary, the average household power consumption decreased from 7,279kWh to 7,099kWh at the same period.

Electricity Retailers Association Chief Executive Cameron Burrows said this is motivated by the increased competition. There are now 30 power companies, making the market competition stiffer than ever.

How can keeping your monthly bill help you with the power increase?

New Zealand offers the 11th most affordable electricity in the OECD countries thanks to its plenty of renewable energy options. However, it may not be for too long. Power bills are rising as wholesale retailers surge their prices.

According to Energy Minister Megan Woods, you may be paying more than average this autumn and winter. Aside from surging prices, this is also heavily influenced by the La Niña phase, causing the hydro storage levels across New Zealand to deplete.

Nova Energy and Mercury Energy have announced a 2% and 6% increase in their prices respectively. This sums up to about $2.50 per week. It’s expected that more providers will follow this announcement, so make sure to keep updated.

By keeping your monthly power bill, you can monitor the increase and check whether it’s within the range that your provider has announced. This should also let you know if the increase is justified, especially if you’ve limited your power consumption.

What are other benefits of keeping your monthly power bill?

Monitoring your consumption and charges is just one of the benefits that go along with keeping your monthly power bill. Some of the most common ones are:

Although most billings in New Zealand are generally honest, you may still experience some discrepancies from time to time. Whether's there's a sudden spike with your power consumption or it's your provider's fault, it's important that you keep previous bills as proof for when you need to file for an appeal.

Early this year, an elderly woman in Auckland was shocked after her power bill racked up to more than $1,000. The consumer says the electricity meter is at fault. It’s not transmitting the right usage charges due to a weak signal. The provider offered the customer a 30% discount as well as waived the additional charges. However, the elderly woman, with the help of her neighbour, paid but still protested the unreasonable charges.

She has been paying her billing diligently even if this is undercharged. Although the provider has been mostly cooperative in her concerns, she has a record to show if worse comes to worst or if this is escalated to the Utilities Dispute.

How can you know exactly if your current plan is better than your last? Compare your monthly power bills! Check both the variable and fixed charges and how much you’re actually saving in your new plan. Of course, you also have to take into consideration changes in your power consumption or new appliances.

If you’re not getting any better value in your new plan, it’s time to switch plans. Luckily, you don’t have to fiddle through your previous billings from your old provider. There’s a quick and easy hack to let you know how much you’re going to pay every month as well as some of the fees associated with your plan.

Use our free comparison tool, right here at CompareBear, to get personalised power plan recommendations within just a few minutes.